Where They Are Now: Loretta Davis 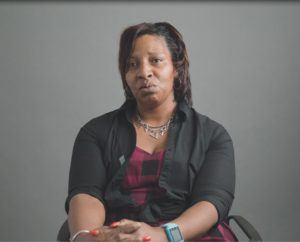 In 2012, we profiled the phenomenal story of Loretta Davis, a transplant recipient who was originally given only 48 hours to live after being hospitalized with severe liver damage. After receiving her new liver on May 10, 2009, Loretta has epitomized the classic phrase “Carpe diem” (“Seize the day”), as she continues to approach her post-transplant life with a zeal and enthusiasm that is truly inspiring. We had a chance to catch up with Loretta recently to see how things have been going; below are some of the many amazing things she had to share with us. Warning: Be sure to have your Kleenex handy!

* Loretta has founded a support group for women called Women’s Empowerment of Cincinnati, OH. Not only does the group help women connect by encouraging and supporting one another, but it’s also a platform for education on vital topics such as home ownership and furthering education. The influence of the group is expanding as well to include mentoring teenage girls between the ages of 14 and 15. Loretta states that Women’s Empowerment is both a mission and a ministry, and in many ways she sees the support group as an extension of the mental health work that she has been professionally involved in for a long time.

* In terms of health, Loretta has not only achieved a full recovery from her transplant, but she has adopted a healthier lifestyle to further her overall well-being. She has lost a staggering 156 pounds since 2014, and her diet is now far more health-conscious, including cutting out fried foods and leaving the pop behind. In her own words, “Being healthy is a really huge part of my life, because of my transplant and weight loss. Not only that, but when I think about my health, I think about my children. As long as I’m healthy, I can do things with them and my grandchildren. So I pay a lot more attention to my health now than I ever did before mainly because of the transplant, and because I want to see my grandchildren grow up, get married, be happy, and graduate.”

* Loretta’s zest for life has led her into new adventures as of late, including her first-ever cruise to the Bahamas, and a bucket list that continues to grow. A top-priority item on that list is a trip to Niagara Falls, as she has always wanted to visit the area since she was a little girl.

* When asked about advice for potential organ donors, Loretta provided these remarkable comments: “My advice would be, first, don’t be afraid. My second piece of advice would be all lives matter, so when you’re donating, you could be saving anyone’s life … and you’re making a huge impact on not just one person’s life, but everyone’s life that is connected to that person. [My donor] gave me an opportunity to spend more time with my children, with my grandbabies, to go out and apply for positions and jobs … I just wish I could see her, hug her and tell her how much I appreciate her for thinking of me. She didn’t know it was going to be me, but she said ‘yes.’ I just want to thank her and her family, because a lot of people don’t have the strength or the nerves to say ‘yes’ to something of this magnitude. So I think that when you donate you become a hero, because you’re saving someone’s life that you know nothing about – you don’t get to meet them, and so I just think that making this sacrifice says a lot and it really tells me that you’re a superhero.”

Loretta, you’re a superhero to all of us as well.