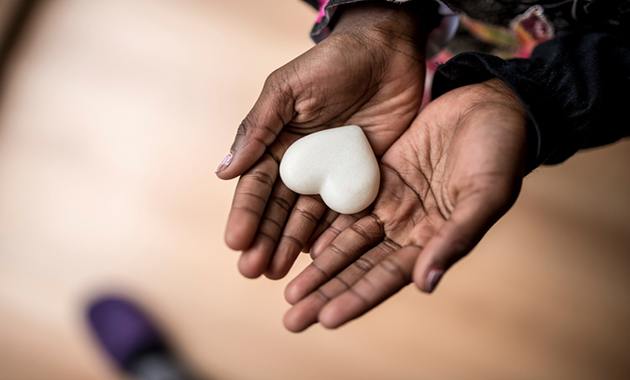 It is a well-known fact that organ donation is universally needed, but if you look at the data, African-Americans are disproportionately affected by an insufficient number of organ donors. For example, although African-Americans comprise just 13% of the U.S. population, they represent 32% of all U.S. patients receiving dialysis due to kidney failure. This is primarily due to the prevalence of hypertension and diabetes – both of which are leading causes of kidney disease – in the African-American community. Problems like these are compounded by the fact that the number of African-Americans who are in need of transplantation is significantly disproportionate to the number who are registered organ donors. While there has been a steady increase in African-American organ donor registrations over the past two decades, it hasn’t been enough to offset the growing number of minority patients in need of organ transplants.

Significant steps have been taken to remedy the situation via community outreach projects and educational initiatives, but unfortunately, there are still quite a few stubbornly persistent myths about organ donation that keep many African-Americans from becoming organ donors. Below are some of the most common misconceptions, along with some key facts to help clear the air about organ donation.

Myth: If I register to become an organ donor, medical personnel will no longer attempt to save my life in an emergency situation.

Truth: Doctors, paramedics, nurses, and other medical personnel are extensively trained to make saving your life their number-one priority. Beyond that, the medical team that is assigned to recover your organs is entirely different from the team that attends to you in the emergency room. Organ donation does not start until a person has passed away.

Myth: I’m too old to become an organ donor.

Truth: Whether you’re nine days old or 99 years old, you can become an organ & tissue donor. There is no age limit for registering as a donor.

Myth: Organ donation is against my religion.

Truth: The decision to become an organ donor is highly personal, so having misgivings about organ donation due to religious beliefs is completely understandable. Fortunately, extensive research has shown that all major religions take one of two perspectives: either they view organ donation as an act of selfless charity, or they explicitly state that the decision to become a donor should be left up to the individual (or family).

Truth: The process of matching organs to potential transplant recipients is quite complex, and it has nothing to do with income level or socioeconomic status. According to the United Network for Organ Sharing (UNOS), organs are matched based on a number of key factors such as blood type, height, weight, urgency of the medical condition, and time spent on the transplant waiting list.

Myth: Someone might try to sell my organs on the black market.

Truth: The complexity of the organ transplantation process itself makes this type of scenario virtually impossible. Not only that, but federal law strictly prohibits the buying and selling of human organs in the United States.

Myth: My family will be required to pay for the organ donation process.

Truth: There is absolutely no cost to donors or their family members for organ donation.

By dismantling the myths and misconceptions such as those listed above, we can turn the tide and bring the life-saving power of organ donation to a greater number of minority communities.