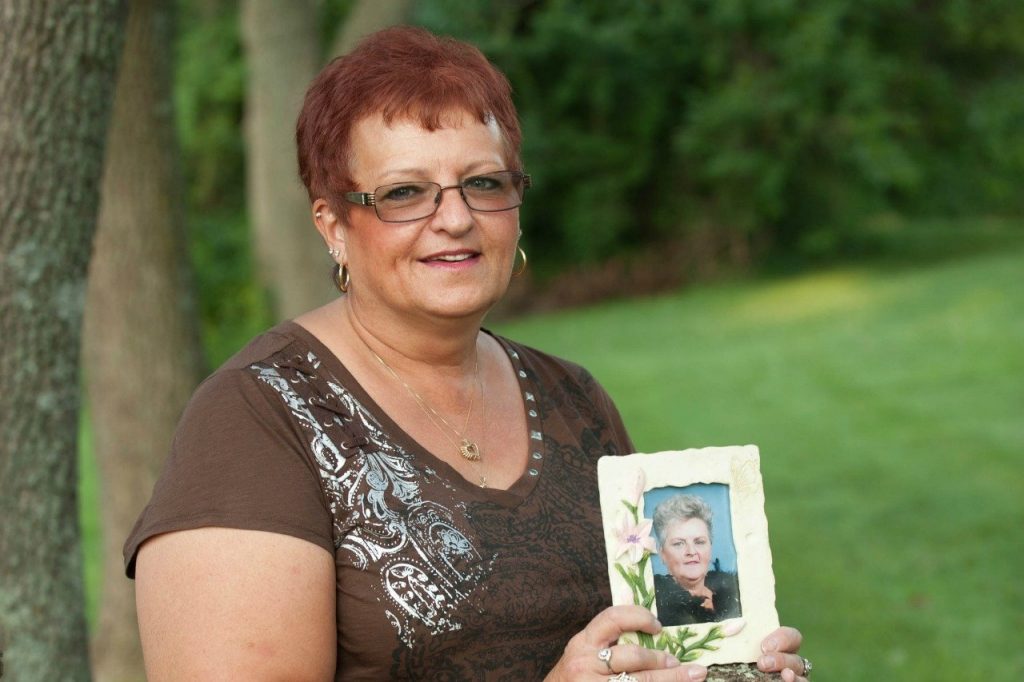 My mother’s name was Barbara Workman, and Mom was the center of our entire family. She was the one to organize family get-togethers with our aunts, uncles, and cousins, and she was the one who never had a bad thing to say to or about anyone. Everyone adored my mom.

She was a very sick woman but continued to play an important role in her Eastern Stars family and in ours. Mom had a bad valve in her heart, and she had gone through two valve replacement surgeries but was too weak to withstand another surgery. She pushed herself for almost nine years before her heart just gave out.

My mom knew I worked with kidney transplant patients and wanted to donate “anything they could use,” so when she passed, we were able to donate her corneas and inner ear. Now, because of her, there are two people who can see and hear again. This calendar is so special to me because we are able to honor Mom’s legacy and the wonderful gifts she gave.

December 10, 2011, will be the 13th anniversary of losing my precious mother, my kids’ grandma Barbie, and her sister’s best friend. Thank you for allowing us to celebrate and honor her in this way. She is our hero!