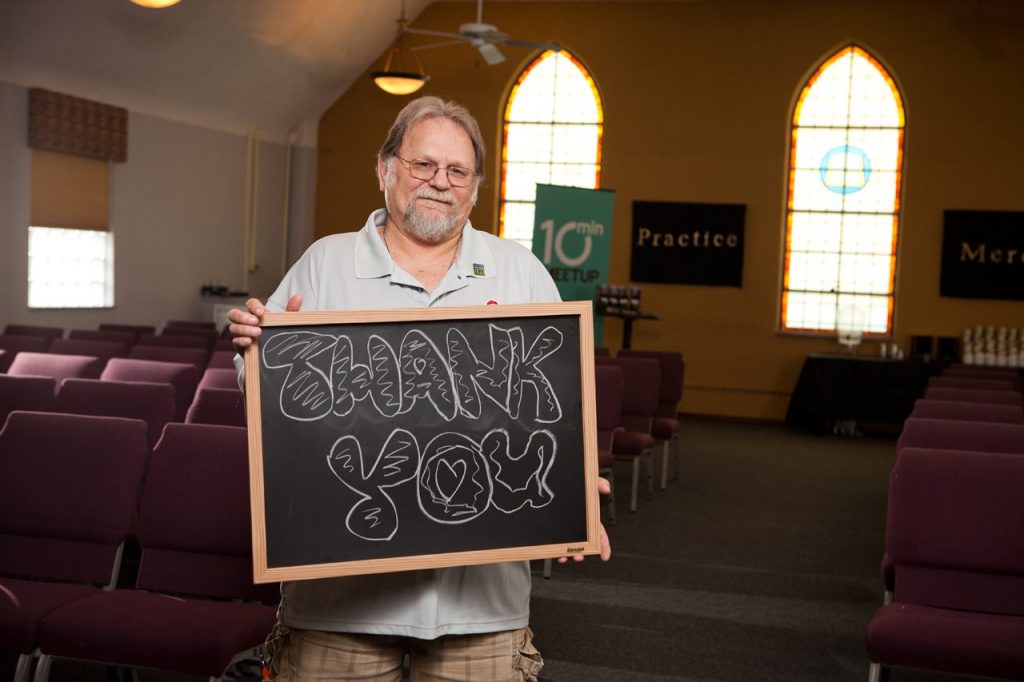 I am thankful for so many people— My donor family, Dr. Douglas Hanto, the University Hospital transplant team and LifeCenter—for the gift of life I received January 24, 1998. At the time of my liver transplant, I was 50 years-old and my wife Nancy was 44, and it gave us more precious time together along with our young daughters Rosalie, Christina and Leslie.

When I was younger, I had made some unhealthy choices in my life. But when I came to Jesus Christ on June 20, 1976, God changed me, and I started living a new life full of hope and faith. Little did I know that the damage had already been done.  As a result of some of these earlier choices, in 1986 I was diagnosed with what was eventually known as Hepatitis C. I worked as a Letter Carrier for the United States Postal Service, and in February 1997 my doctor and family friend Dr. Jon Blair Chick informed me that I would need to start the process of getting on the liver transplant list. I was officially placed on the list in September 1997, and as a result of my illness, I had to stop working by November of that same year because I was so ill.

The following January, I went into the hospital with advanced liver failure. On January 24, 1998 a liver match was found and my life was saved!  Because of the success of my transplant, I returned to my job in June and patrons on my mail route welcomed me with hugs and well wishes. That very same year the U.S. Postal Service issued an Organ Donor stamp recognizing the importance of donation, and I took place in the unveiling ceremony.

In the nearly 15 years since receiving my gift of life, I’ve been blessed to be involved as a volunteer for LifeCenter and as an active member of Vineyard Cincinnati at Eastgate. I’ve also been able to give two daughters away in marriage and have been here for the birth of three grandchildren—my two granddaughters, Casey and Harmony, and our grandson Kaliael.

I am truly blessed to have received this second chance and am grateful every day.