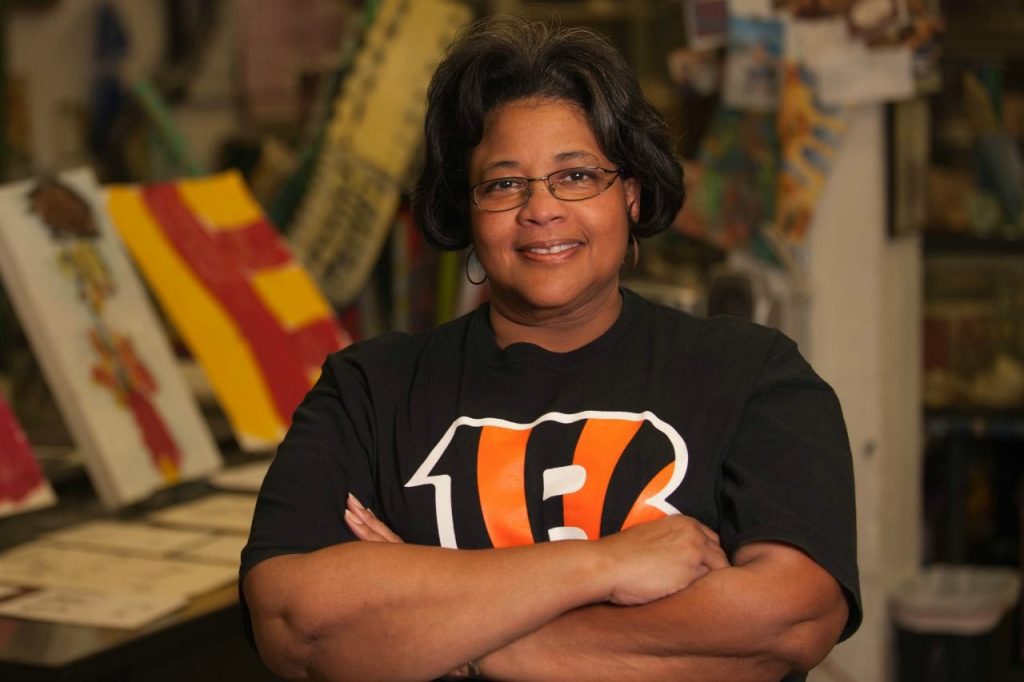 Although born with cerebral palsy, our son David defied the odds and became a remarkable son, brother, friend, and community member. You might say that David never considered any task too big to accomplish. He believed in himself and lived life to the fullest. David loved to attend summer camp at Stepping Stones and Cincinnati Recreation Centers as he was growing up. He enjoyed swimming, bike riding, and taking trips to Kings Island.

David was a social butterfly. He loved being with people and especially enjoyed attending family functions, where he was truly the life of the party. In his effort to be independent, David moved into a supportive living facility 10 years ago. With the guidance of staff and friends, he found new enjoyable activities such as acting, traveling, and painting. Painting became his passion, as he began attending The Visionary and Voices Studios twice a week. In 2009, he had his own art showing at a popular restaurant in downtown Cincinnati.  In the background of this photo, you can see some of David’s beautiful artwork from the Northside studio.

David’s love for people prompted him to become an donor of his own will. David passed away on December 17, 2010, and saved 7 lives through donation. Knowing David saved the lives of others makes us even more proud of his decision. He is missed by many and will forever be in our hearts and minds.