Don’t Believe Everything You See on TV 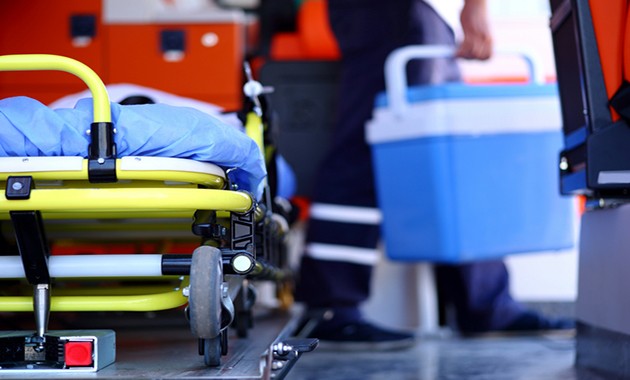 We’ve all seen the commercials: An endangered patient is being rolled on a gurney into the emergency room of a busy hospital, with doctors and nurses frantically exchanging jargon-laced dialogue about vital signs and medication in hopes of saving a life. The music crescendos, and viewers are left wondering how this cliffhanger is going to be resolved on the next episode of their favorite medical drama.

While scenarios such as these make for exciting television, they have sometimes been the source of quite a bit of misunderstanding, particularly when it comes to the topic of organ donation. As we all know, it is not uncommon for movies and television shows to sacrifice factual accuracy for the sake of creating a more engaging storyline, and countless scenes have been scripted that cast a suspicious light on what exactly happens when a person is in need of a life-saving organ transplant. For example, the idea that doctors would allow someone to die so that their organs could be used to save another person’s life is definitely dramatic, but it’s a far cry from what would happen in any real-world situation. While it’s doubtful that these types of riveting scenarios were intentionally created to mislead, they can paint an inaccurate picture of how organ donation actually works, and this can unfortunately cause people to shy away from the idea of becoming an organ and tissue donor altogether.

So to help clear up any misconceptions, below are some common myths and urban legends about organ donation, as well as what the actual facts are to help bring some much-needed clarity to this vitally important topic.

Myth: If you’re hospitalized for an accident and the doctors know that you’re an organ donor, they will not try to save your life.

Truth: Doctors, paramedics and nurses fully understand that saving your life is always priority number one. In fact, they are required to exhaust all possible life-saving measures before organ donation can even be considered. Medical staff are required to go through a series of rigorous procedures and extensive tests, and only after a patient has been pronounced brain dead can organ donation even become a possibility. Even then, there are no guarantees that the patient’s organs can be used, because only a small percentage of patients who die are even eligible to be organ donors.

Myth: If you’re in a coma, the doctors may try to take your organs before you have passed away.

Truth: Being brain dead and being in a coma are two completely different things. While it is possible to recover from a coma, you cannot recover from brain death. Doctors and medical staff are required to perform a series of extensive tests over a period of time in order to arrive at a diagnosis of brain death, and only after that determination has been made can organ donation even be considered.

Myth: Your organs might be bought or sold on the black market.

Truth: Transplantation is a complex and highly involved process, requiring not only highly trained medical professionals but the appropriate medical equipment and facilities in order to match an organ donor with a compatible recipient. The multitude of variables that must be in place for a successful transplantation to occur make it virtually impossible for this type of shady scenario to happen. Not only that, but the National Organ Transplant Act prohibits the buying and selling of organs in the United States, and is punishable by federal law.

While there’s nothing wrong with enjoying a high-intensity television drama, you have to be mindful to separate fact from fiction anytime you see a scene involving organ donation. When you think about the fact that just one organ donor can save up to eight lives, it becomes that much more important to know the truth about this invaluable medical procedure. You never know how sharing the facts about organ donation might make the difference between life and death for countless numbers of people in the future.