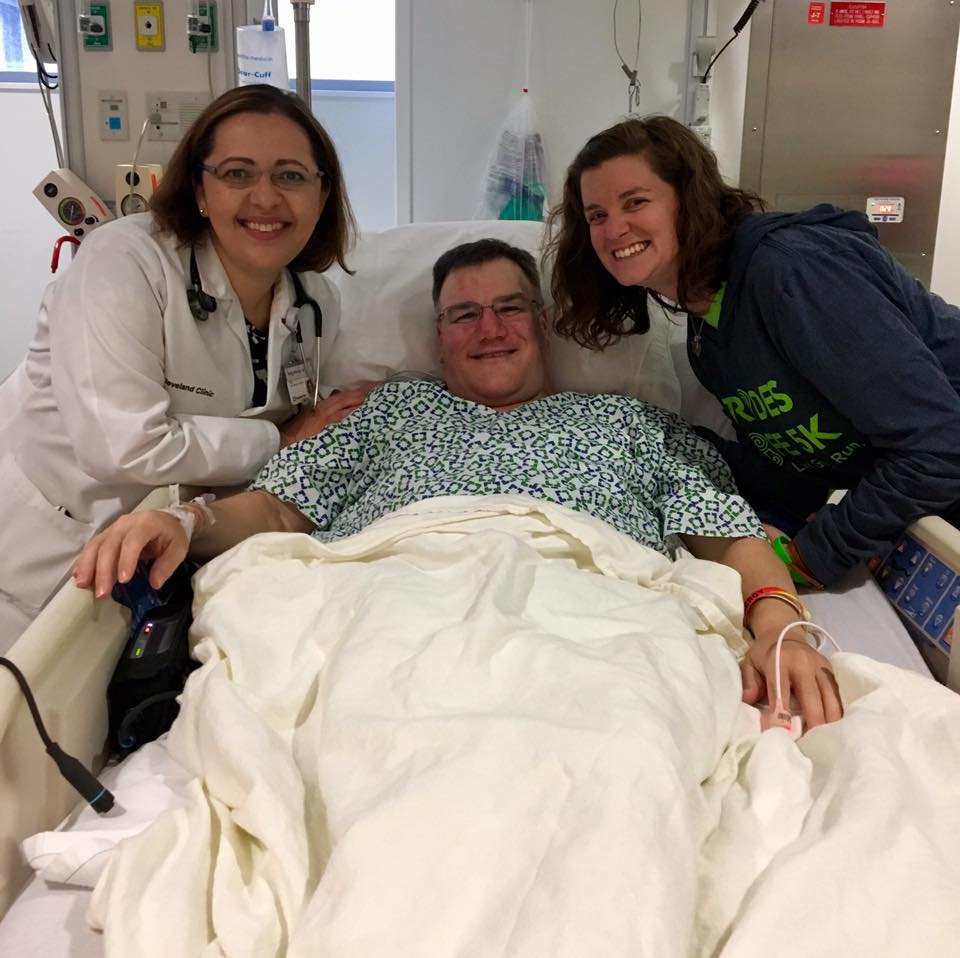 Waiting for a heart transplant was a long, slow process. The road began more than 20 years before the event happened, but I wasn’t listed until 2014 when my heart function was rapidly declining. A Left Ventricular Assist Device (LVAD) implanted in 2014 bought me the time I needed to receive this most precious gift. Ultimately, though, a clot in the LVAD caused me to have a minor stroke, which accelerated the need to get the heart, which came just a few weeks later.

My call came at the stroke of midnight on August 12, 2017, just as I was about to fall asleep. My wife Amy was already asleep but woke up to the ringing phone. I recognized the number as a Cleveland area number. We looked at each other knowingly, and then I answered. The voice on the other end said she was with the Cleveland Clinic heart transplant team and there was only one reason she would be calling me at that time of night: they thought they had a heart for me.

More testing needed to be done on the heart, but they wanted me there by 7:00 am. Upon hanging up the phone, we immediately prayed for the donor and donor’s family. During the three years I waited, we always prayed for them. We also asked our supporters to do the same.

The testing was done on the heart in the morning, but it was well into the afternoon before we heard it was a match. The heart still had to be visually seen by my surgical team. I was already in the O.R. being prepped before I was told it was a go. Soon enough, sometime after midnight, my new heart was beating inside me, more than 24 hours after getting the call.

Since then, I’ve been recovering and enjoying my new lease on life. With this transplant, I’m able to do so much more than I could before and it’s all thanks to a person I never met. I’ll forever be grateful for this gift and everything it’s made possible.

*Pat is a Donate Life Ambassador for LifeCenter Organ Donor Network in Cincinnati Ohio and Life Connection of Ohio in Dayton Ohio. He received his heart transplant in 2017 and is continuing to volunteer and inspire others.