From heroin to hero: How Travis Senters saved 3 men after his overdose 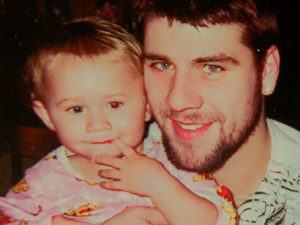 BATAVIA, Ohio — Cathy Cunningham buried her 21-year-old son Travis Senters after he overdosed on heroin in the family bathroom, but that’s not the end of his story.

“He is still here on earth, just in other people,” Cunningham said. “I told him, ‘You are no longer known as a heroin addict. You’re a hero. You are a hero.’ That is on his headstone…He was an amazing person — he just chose the wrong road.”

After Senters’ overdose on March 18, 2015, the day after his mother’s birthday, his liver and kidneys were donated to three men, one of whom had less than three months to live. His heart and lungs were donated for scientific research to advance medical knowledge.

It’s a bittersweet silver lining to a tragic scenario that’s becoming more common both nationally and locally. One of every four organ donors in Greater Cincinnati (26 percent) last year was an overdose victim, according to Life Connection of Ohio. The national rate last year was one in 11, a figure that has tripled throughout the past decade.

An Ohioan dies every 48 hours waiting for a life-saving organ transplant, and more than 2,000 Ohioans have died waiting in the past 10 years, according to Lifeline of Ohio. More than 3,300 Ohioans are currently on waiting lists at the 10 transplant centers around the state.

“We knew he was an organ donor — he had it on his license,” Cunning said of Senters. “He figured, as well as I did, when you are gone and your eyes or organs can help somebody else, why not give them a chance at life?”

Cunningham corresponds with the recipients of Senters’ organs through cards and letters on Father’s Day and Senters’ birthday, although she says she hasn’t been able to face them just yet.

The man who received Senters’ liver has several children and had been given just months to live before the life-saving transplant.

“I got to tell you, I do not think of these people as strangers. Not when they are carrying around my son’s organs inside of them. I feel like family — I hope that one day we can meet,” Cunningham said. “They said, ‘We could never imagine what you go through, losing a child.’”

Besides his absence and the organs he left behind, Senters’ legacy continues in another tangible way: his young daughter Margo.

“He loved her. He was very proud of her, and he would be very proud of her now,” Cunningham said. “I am very proud of him. I make sure Margo knows and I have kept all of the letters…I was trying to explain to her that her daddy gave this man this and that man that and they have children and that her dad made some wrong choices in life, but (donating his organs) was the right decision.”

Cunningham does what she can to stay occupied and not let her mind dwell on her family’s loss. She’s not shy about telling people who ask how Senters died that he overdosed on what she calls “the devil’s drug.”

“I tell them, and then I say, ‘Please don’t think bad of him,” Cunningham said. “At least I know now he is not suffering and he is not chasing that drug anymore.”

The toll of overdose deaths captured President Barack Obama’s attention this month, when he proclaimed the week of Sept. 18 to 26 as “Prescription Opioid and Heroin Epidemic Awareness Week.”

“Although we have made great strides in helping more Americans access care, far too many still lack appropriate, evidence-based treatment. This week, we reaffirm our commitment to raising awareness about this disease and supporting prevention and treatment programs,” Obama’s proclamation reads.

The proclamation also calls on Congress to provide $1.1 billion for expanding access to treatment services for Americans struggling with opioid addiction.