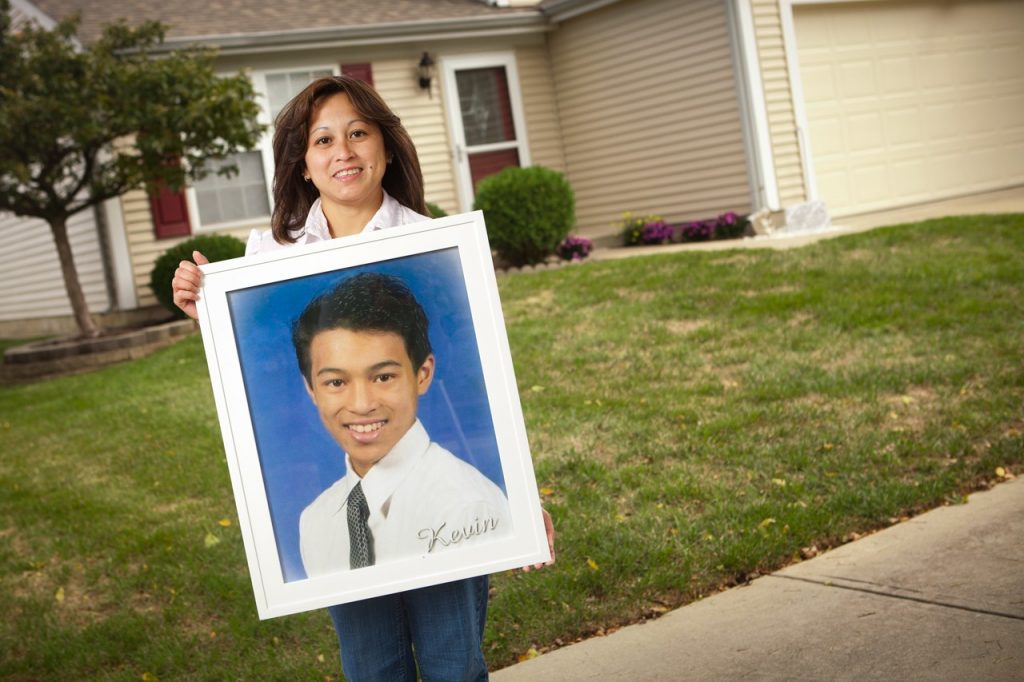 I can still remember the conversation when my second son, Kevin, got his temporary driver’s permit.  He asked what my feelings were about him becoming an organ donor. It was the first time that the subject had ever come up, and I did not want to talk about it. Kevin persisted, saying that he needed to know what to put on his driver’s license. I responded that he should simply put down, “Hell no.” Kevin was not satisfied with my response, but I cut him off by saying, “Just put ‘no’ down for now and I promise to take care of it when the time comes.”  Two weeks after he got his driver’s license at age 16, Kevin was struck by a car while crossing the street and lived only nine days before being declared brain dead.

Soon after, I was approached by a young woman from LifeCenter who wanted to discuss the possibility of organ and tissue donation. Of course I knew what the answer would be. My son made that decision easy, but I was not ready to talk about the details so I asked for more time. I was very impressed with the whole process. I asked for only one thing…..that they give us as much time with Kevin as possible. LifeCenter and the hospital staff lived up to their promise, and they continued to give him the most care they possibly could.

Kevin has always been a very generous and loving person. He always lived life to the fullest and never turned away any opportunity, unless it was so that another could have the opportunity. He was very responsible and charismatic. According to handwritten letters from his friends, left at his grave for the 3rd anniversary of his death, Kevin was there for them when no one else was there. He is the reason they are here today and are happy and successful.

It is comforting to know that Kevin continues to give life as an organ donor. How courageous he was to be the first in our entire family tree to do this! I learned that upon their death, only a small percentage of individuals have the opportunity to be an organ donor. Of course, my driver’s license now shows that I am a donor too.