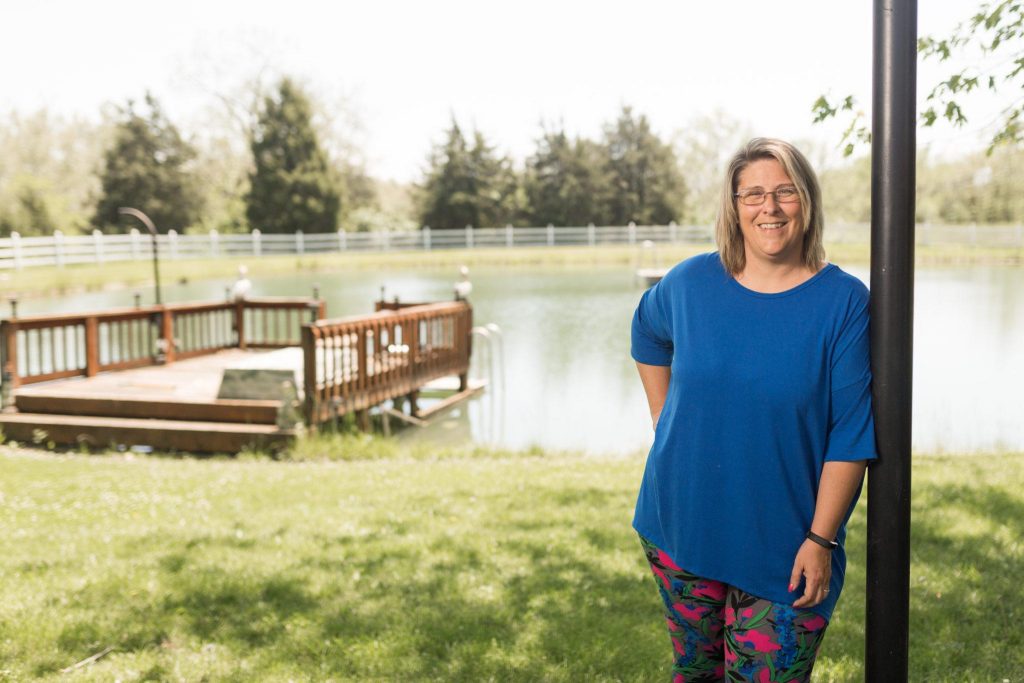 In 2009 I was a single mom of four, working as an LPN. I was taking a shower and passed out. I saw my doctor to see if we could figure out what was going on. The next day I while taking my kids to school, my doctor called and insisted I go to the hospital immediately. The first doctor I saw when I arrived was straightforward and said, “You apparently don’t know this, but you’re very sick. Hospice or dialysis? When do you want to start the dialysis?”. I started the very next day.

It was recommended that I receive a kidney transplant so that was the plan. While I continued to work, take care of my kids and do dialysis, the years passed by. My parents were a huge support, driving to Cincinnati often to help with the kids and drive me in for testing.

In 2011 my brother started testing to see if he could be my living donor but he wasn’t a match. In spite of this, we elected to participate in the national kidney registry’s exchange where someone else’s donor gives to me and my donor gives to them, a paired exchange.

In 2013, we got the call, there was a match for our exchange. I went into surgery as planned, but I woke up in ICU on a ventilator and without my new kidney. During the surgery my heart stopped and my doctors had to perform CPR for over 30 minutes and shock me four times in an effort to revive me. For the next two years I continued dialysis and was finally relisted.

Things got derailed again when In February of 2016, I was having a routine procedure done and my heart stopped again. After this, it took a lot, but I fought and ultimately got relisted. I wasn’t going to give up.

In early July I got “The Call”. On July 21, 2016 I got my long awaited kidney. Thanks to an anonymous living donor from Arizona, I got my life back. Through this entire journey, my family was always there for me, always supporting and encouraging me. Without them, none of this would have been possible.