What You Need to Know About Becoming a Living Donor 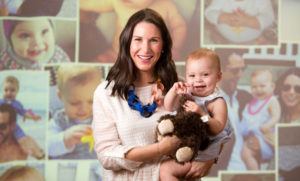 With more than 118,000 people on the national transplant waiting list, the need for organ donation has never been greater. While it is vitally important to discuss end-of-life decisions such as registering to become an organ donor, what often goes overlooked is the need for people to donate whole or partial organs and/or tissue while they’re still living.

Such was the case with Hillary and Jordan Weidner, new parents who faced a harrowing challenge only two months after the birth of their first baby, Beatrice, in December of 2014. In March of the following year, it was discovered that Bea was suffering from a rare liver disease known as biliary atresia. Due to the severity of her condition, there were practically no other options on the table that could ensure Bea’s survival except a liver transplant.

As you can imagine, hearing news that your two-month-old baby would require such a major procedure in order to survive would be beyond unnerving. Bea’s name was added to the national transplant waiting list, and for Hillary and Jordan, the stressful “waiting game” would begin.

They understood that if Bea’s health were to continue to deteriorate, it would increase the odds of her receiving a transplant sooner, but the thought of watching their newborn child’s health go from bad to worse over time was something that they simply weren’t prepared for.

After much deliberation and many discussions with the medical staff at Cincinnati Children’s Hospital Medical Center, Hillary and Jordan decided to begin testing for living donation. Fortunately, after about six weeks of testing, it was discovered that Hillary was a match for her daughter.

After a 10-plus hour surgery performed by four of the top liver surgeons in the country, Bea received her liver upgrade on July 7, 2015. Thanks to Hillary’s selfless decision to become a living donor, Bea is well on her way to living a healthy, normal life.

Fortunately, the practice of living donation is becoming more common; in fact, over 6,000 transplants per year are made possible through the generosity of living donors. There are countless stories of family members, friends, loved ones, and even individuals who chose to remain anonymous serving as living donors and because of their selflessness, patients who otherwise might have had to face a long and uncertain wait have been able to receive a life-saving or life-enhancing organ or tissue transplant.

Becoming a Living Donor: Where to Start

If you’ve been considering becoming a living donor, the best place to start would be to contact the transplant program where the person you would like to help is listed. As mentioned earlier, there have been plenty of cases where living donors fall under the “non-directed” category as well, which means that they would rather donate anonymously to an individual who has not been named or specified.

The basic requirements for living donation are that you have to be at least 18 years of age, and you should be in good overall mental and physical health. Once you contact your transplant center of choice, they will guide you through a series of basic medical screenings and tests to ensure that you are compatible with the potential transplant candidate.

The transplant center will provide you with an Independent Donor Advocate (IDA) as well, whose job is to assist you through the entire donation process by answering questions, providing information and doing whatever is necessary to promote your best interests.

Living donation is a remarkable act of generosity, the effects of which cannot fully be measured. Through the avenue of living donation, you have the potential to alleviate suffering and positively impact the lives of others. Residents of Ohio, Kentucky and Indiana, be sure to say “Yes” to living donation today!