The Importance of Logan’s Law 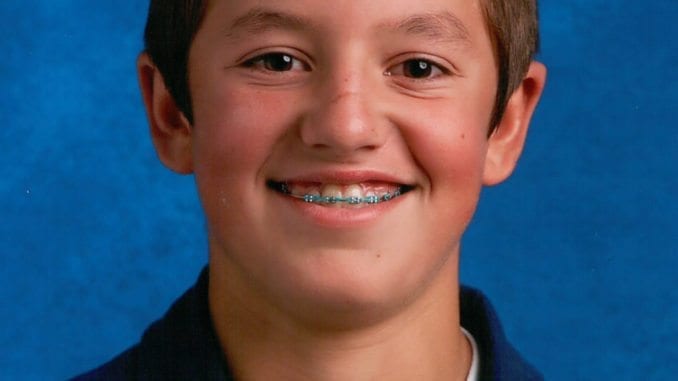 In February of 2019, a new bill named Logan’s Law went before the Iowa Senate and House of Representatives with the goal of making organ donation more accessible to people who love the outdoors. All of this began with the kindness of Logan Luft, a young man whose thoughtful and caring decision to become an organ donor helped save the lives of 5 people all around the Midwest. Logan’s Law proposes a change to allow hunters and fishermen the ability to register as an organ donor every time they purchase an annual fishing or hunting license. If you are interested in becoming an organ donor, click here to register as an organ donor today.

Logan Luft was a 15-year-old high school student from Charles City, Iowa who tragically passed away from an ATV accident in 2017. As a passionate outdoorsman, Logan loved to go fishing and competed locally as a wrestler. Before he passed away, he had a meaningful conversation with his mother, Wendy Luft, about organ donation. Wendy stated, “He had just gotten his permit and learned a little bit during his moped course on organ donation. So, he came home and asked what I thought about it and how I felt, and I told him that I was an organ donor and we kind of talked about why it’s important and so he chose to be an organ donor at that time.”

Logan’s untimely death was a terrible tragedy, but his kindness and selflessness in life helped give hope to five different people. These five people who were in a daily life and death struggle received organs ranging from Logan’s heart to his kidneys. Iowa senator Waylon Brown said it best stating, “A 16-year-old girl received a liver. A 53-year-old woman received a pancreas. A five-year-old girl and a 40-year-old man each received a kidney. And Logan’s heart? Logan’s heart beats in a nine-year-old girl in Kentucky.”

What the Law Means

Logan’s father Lenny first created the idea behind Logan’s Law. Logan’s mother Wendy explained how things began by stating, “Lenny came up with an idea that he wanted to develop a law that would allow Iowans when they get their hunting and fishing licenses, to designate that they want to be an organ donor. Something similar had happened last year in Minnesota, so after he had heard that story and knew what an outdoorsman Logan was, he decided that’s something we want to do for Logan.”

Logan’s law will provide millions of people who love the Iowa wilderness the chance to register as an organ donor every time they get a hunting or fishing license, which is an annual purchase. One of the biggest hurdles in organ donation is the process of simply getting people to register as an organ donor. Most people in America are in favor of the organ donation process, but many aren’t registered as donors simply because most people only have one time to make the decision every 10 years: when they visit the DMV to get a new driver’s license. Logan’s Law could help register millions of potential organ donors in the state of Iowa and could mean millions more if the legislation moves outside of the state.

Logan Luft left behind a beautiful legacy of kindness and selflessness. His decision to register as an organ donor has helped to spark real change in his home state, and has the potential to have immensely far reaching impact. People like Logan are what make organ donation such an amazingly impactful gift. His story is truly beautiful, and every year thousands of people just like Logan help create a truly unique and beautiful community around the people who need it most. If you would like to learn more about how you can get involved with organ and tissue donation, contact us at LifeCenter today!