First Baby Born to a Woman with a Uterus Transplant 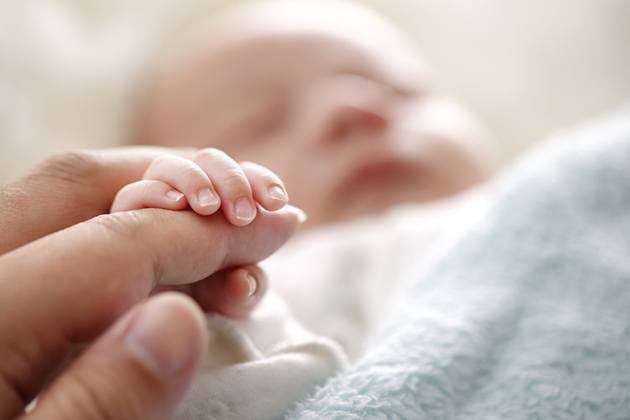 The struggles of infertility have caused many hardships and pains for couples who are having difficulty conceiving or are incapable of having children. These struggles can permeate a person’s life and make it difficult to focus on anything besides these fertility issues. Luckily, there has recently been a huge leap forward in solving this issue for millions of families around the world. On December 15th, 2017, a little girl weighing just shy of 6 pounds was born to a woman with a transplanted uterus. Her story is a beautiful one that has huge implications for women struggling with infertility around the globe.

The woman who received the transplant had been born without a uterus, making it impossible for her to have children naturally. In an amazing turn of fate, this woman had fully functional ovaries that contained healthy eggs. At 32 years of age, she went through a round of in-vitro fertilization and the doctors were able to produce eight good-quality embryos that were then cryopreserved in an effort for her to be able to have her own genetic child.

The donor was a 45-year-old woman who had suffered a stroke and passed away. Since she had already had three successful vaginal deliveries, had no sexual diseases, and was the same blood type as the recipient, the doctors were able to match the two together. Thankfully, she was a registered organ and tissue donor, allowing the surgeons to jump into action quickly. The transplant surgery itself took over 10 hours. The team of surgeons had the immense challenge of connecting the donated uterus to the recipient’s birth canal and ovaries. Amazingly, the transplant was successful and everything was going smoothly.

A brief 7 months after her successful uterus transplant, doctors implanted one of the patient’s previously fertilized embryos and 10 days later, her pregnancy was confirmed. The mother had almost no complications with her pregnancy and just a brief 35 weeks later, she gave birth to a healthy baby girl. Due to the nature of the transplant, her pregnancy was deemed full term between 34 and 36 weeks, meaning that her baby was right on schedule. The uterus was removed during the C-section delivery and both mother and daughter were discharged from the hospital three days later.

How this Affects the Future

In the world of organ and tissue donation, growth can happen in leaps and bounds. This first successful birth is a massive success, but it is just the tip of the iceberg. This type of implant worked well for this particular patient, but the implications of this success are much more far-reaching. Though this technique will not work for every person struggling with infertility, it is still a giant step forward.

Every one of these success stories has been decades in the making. The technology behind these transplants is cutting edge and the research required to make these transplants a reality is the intricate life’s work of hundreds of doctors and surgeons. If you want to get involved with the amazing and rewarding process of being an organ and tissue donor, register here.