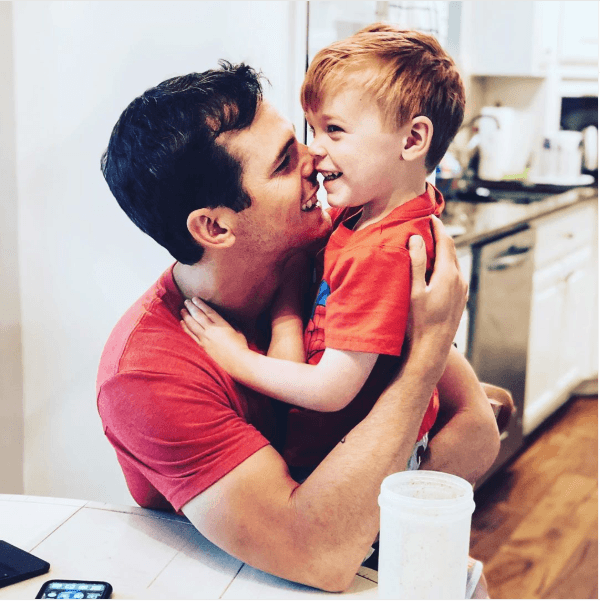 There are few things in life more difficult than the death of a child. No matter how famous or how much money you have, terrible things can still happen. In June of 2019, the unthinkable happened to country singer Granger Smith and his wife Amber. While outside playing with his children, Granger ran to his pool to discover that his youngest son, River had drowned in their pool. Amber and Granger quickly performed CPR on their son, but the 30 seconds to 3 minutes that he was unconscious had done irrevocable damage to little River’s brain, and he was quickly rushed to the hospital where he was treated over the next few days. Through this unthinkable tragedy, River and his family were able to save two lives through the gift of organ donation. If you would like to learn more about how you can get involved with organ donation in your area, contact the team here at LifeCenter today.

For three years, River lived a picturesque life with his two loving parents Granger and Amber Smith at their expansive home in Texas. River loved going fast and playing hard with his siblings, he was full of joy, kindness, and an adventurous spirit. From playing with his dogs to running with his family, River lived the best life he could for three short years. In June of 2019, River was having a water gun fight with his siblings, and in a brief moment, he drowned in his family’s pool. Granger Smith estimates that in a 30-second to 3-minute timespan, River drowned in the pool and his family could not save him despite performing CPR on the pool deck.

The scariest part of this story is that the Smith’s did everything right, they had a pool fence, they were trained in CPR, but none of these preparations were enough to save their precious child. The leading cause of death for children between the ages of 1-4 is drowning, which is usually caused by a lack of supervision by unprotected pools, rivers, or lakes. In 2016, 205 children drowned in swimming pools in the U.S., with 140 of those victims being younger than 5 years old. The United States Consumer Product Safety Commission recommends that all families with a pool have a pool fence, are trained in CPR, and teach your children about pool safety. Even when all of these guidelines are followed, accidents can unfortunately still happen.

After the Smiths came to the hospital, the doctors gave them the unfortunate news that River could not be revived and that his brain had suffered too much damage. The Smiths were in shock, they could not process that their little boy was gone. Then they took a step back and asked themselves “What would River want us to do?” River’s joyous, kind and giving spirit made it clear to them that the best way forward was to donate his organs to give two lucky recipients a second lease on life. Amber Smith recounts the moment of River’s donations stating, “The next morning family and staff lined the hall for the ‘walk of honor.’ We told them River liked to go fast, so to honor him, they pushed him down that hall faster than they had ever pushed anyone. Granger and I held each other and cried.” River’s selfless donation gave life to two people in desperate need of organs, and the Smith family donated more than $200,000 to the Dell Children’s Medical Center in Texas.

The Smith family’s selflessness and kindness in the heart of this unspeakable tragedy is one of the most inspirational and heartwarming stories we have ever heard. If you would like to get involved with organ donation today, contact us at LifeCenter today, or if you would like to send the Smith family your condolences, they ask that in lieu of flowers that people send donations to the Dell Children’s Medical Center.