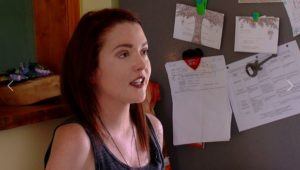 CINCINNATI (WKRC) – Nearly two years ago, Local 12’s Brad Johansen introduced you to a young woman who was just days away from drawing her last breath.

Sam Boling needed a double-lung transplant and dreamed of marrying Ty Jameson, the love of her life.

The couple is celebrating their first anniversary, but they still face obstacles.

Sam was dying when Ty Jameson proposed to her.

A double-lung transplant in the 11th hour saved her life.

Now, one year after their wedding, they refuse to let time, or lack of it, control them.

“So in the morning we have anti-rejection, which are these four, this is lunchtime, oh, they’re shooting out… that’s okay as long as the dogs don’t get them,” said Sam.

The dogs, Ben and Jerry, are Sam’s kids for now.

The pills, 180 of them every week, are what help keep Sam alive. That and the elixir called true love.

“You’ll fight harder for your life if you know there’s a reward afterwards,” said Sam. “It’s powerful. Love is powerful… sense of want… knowing it’s worth fighting for.”

Brad Johansen and Local 12 met Sam and Ty a little over two years ago, when Ty came came home from a band gig in the Virgin Islands to propose.

She was waiting with a lung capacity of less than 15 percent. The miracle call came shortly after that. There was a donor.

A donor who, two years later, is still a stranger.

“Before the transplant I hated pizza, now we have pizza at least once a week, I love pizza, so my questions are: Were they adventurous? Because I went rock climbing and zip-lining and all these things I would have been a little hesitant to do before,” said Sam.

Despite numerous blogs, articles and posts in hopes of finding the donor’s family, there has been no response. Except from the hundreds of fans who call them the perfect couple. A couple that lives knowing in three years… transplant history says she has a 50% survival rate.

“That short little amount of time gets crushed by our positivist and our love for each other yes it’s inevitable but until that time we’re gonna live our lives and not take it for granted,” said Sam.

Sam has a pic line now for daily antibiotics to drain into her lungs to fight the three bacteria now present in her chest and in her sinuses, but it didn’t stop their anniversary trip to Canada and Niagara Falls, though time is ticking.

“Everyone’s gonna die, inevitable, more important for us to live and do all the exciting things we can do rather than crunch numbers on how much time I could possibly have left,” said Sam.

Doctors think they can get the bacteria out of Sam’s lungs.

They aren’t so sure about the sinuses, but Sam says she’ll take that day by day.

But on this day, we say happy 27th birthday Sam! Have another slice of pizza.