The Military and Organ Donation 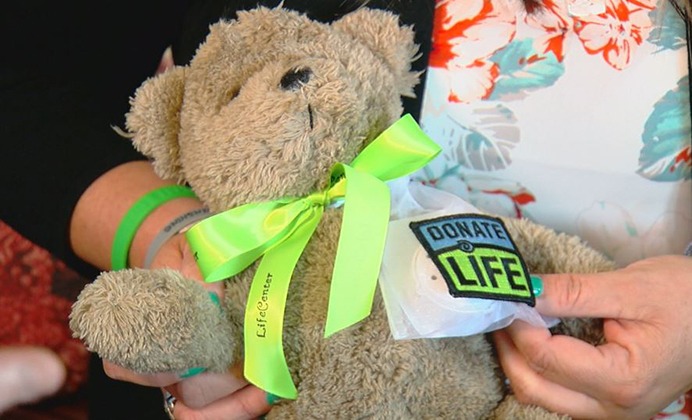 The men and women of our military and our armed forces are one of our nation’s biggest treasures. Not only do these amazing people willingly risk life and limb to preserve our freedoms on a daily basis, but they do so asking for nothing in return. That selfless mentality pervades every aspect of military members’ lives. There are few acts more selfless and giving than the act of becoming an organ donor. By registering as an organ donor, you are giving up to eight different people the gift of life. Eight families that get another Christmas with their loved one, and eight families that you can personally give hope and joy. If you are interested in getting involved in organ donation, get in contact with our team here at LifeCenter, or register as an organ donor today.

The Story Of Ricky Wieland

In 2010, an Army National Guardsman named Ricky Wieland was killed in a tragic car accident. In life, Ricky was an avid National Guardsman and was extremely passionate about the Military. He was very young at the time of the accident, and he, unfortunately, left behind both of his parents when he passed. His family was crushed with his early death, but from Ricky’s tragic passing came a story of hope and kindness.

Ricky was a registered organ and tissue donor, and when he passed away in that car crash, his organs were used to save the lives of seven different people. He donated all of his major organs, his leg bone, tissue, ligaments, his corneas and even gave his ear bones so that someone could hear again. Ricky’s mother Debbie was crushed by her son’s passing, but she quickly got an idea on how to try to cope with this grief.

When Debbie’s daughter was pregnant, she got the idea to secretly record her grandson’s heartbeat during an ultrasound and to place that heartbeat recording into a teddy bear as a gift to her daughter. That bear gave her an idea, she wanted to get a recording of her son, Ricky’s heartbeat and put it next to a bear made from his military uniform. Debbie then took this idea and ran with it, launching her “Heartbeat Bears” program. She wanted to give those who had lost a loved one who had donated their hearts the gift of having a piece of their loved one back. Debbie started this process by donating the first 55 Heartbeat Bears to LifeCenter in Ricky’s name, and since then she has made more than 450 bears to give to other families.

Ricky dedicated his life to serving his country, and even in his passing, he gave selflessly. Through the beautiful process of organ donation, Ricky helped save the lives of seven different people, and his family helped to bring peace to more than 450 different families struggling with the same pain and loss that they felt. If you want to learn more about how you can get involved with the organ donation process or want to register as an organ donor, contact our team here at LifeCenter today. From all of us here at LifeCenter, we would like to thank all of our military family for their dedication and service to our nation and our people.