You’re Never Too Young or Too Old to Donate 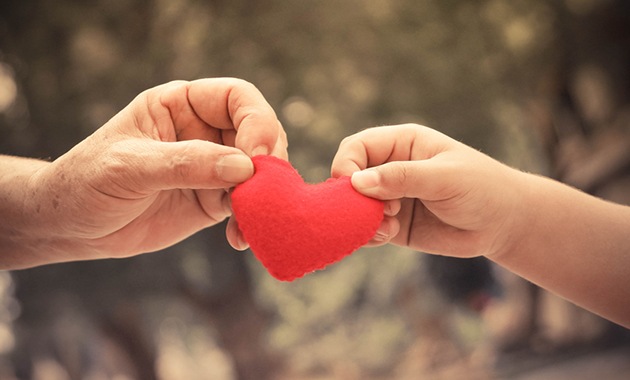 While no one doubts the life-saving power of organ, eye and tissue donation, many of the questions surrounding who can and cannot qualify to be a donor have sometimes been a source of confusion and misunderstanding. One of the most common points of contention revolves around how young (or old) a person needs to be in order to become an organ and tissue donor. There is a persistently stubborn misconception that some people are either too old or too young to donate organs and tissue, but in reality, there is no age restriction on organ donation. The decisions involved in determining whether organs and tissue can or cannot be used in transplantation are based solely on medical criteria and have nothing to do with the age of the donor. Below are a couple of powerful examples that illustrate this important point.
A Newborn Organ Donor: A Story of Heartbreak and Hope

In 2015, a British woman named Emma Lee was faced with a monumental decision: only 13 weeks into her pregnancy, it was discovered that one of her twins had a birth defect known as anencephaly, a condition that inhibits brain development and prevents the skull from fully forming. When Emma and her husband Drew were given the option to terminate the pregnancy, they decided to carry the baby to full term so that the infant’s organs could be donated. After living a mere 74 minutes, newborn Hope Lee passed away in her mother’s arms at a Cambridge hospital. The newborn’s liver cells and kidney were donated shortly thereafter. Emma recounted the agonizing struggle that the couple underwent to arrive at this life-altering decision, but resolved at the end that it was indeed the right thing to do. Emma then remarked that she was proud of what Hope was able to achieve in her short life. For those who understand the importance of organ donation, the impact of this couple’s decision is that much more difficult to quantify. Even in the midst of such a heartbreaking situation, the couple was able to take solace in the fact that their little girl’s organs could make a profound difference in another infant’s life.

In 2016, a 107-year-old woman from Scotland donated her corneas after passing away, saving the eyesight of a younger patient. If there was ever a case that proved that you’re never too old to donate, this one would definitely fit the bill! But elderly donors are far from a rarity in the world of donation; in fact, there have been thousands of cases where donors in their senior years have been able to provide life-saving organs to patients representing a wide range of ages and health conditions. In one study published by the University of Torino, over 600 kidneys from deceased donors between 50 to 80 years old (and older in some cases) were found to produce high organ function and favorable patient survival rates. When it comes to organ donation, there really is no upper age limit that can be applied to potential donors, and to the thousands of elderly individuals on the national transplant waiting list, this is very welcome news.

When you cut through all of the speculation and misinformation, the reality is that you’re never too young or too old to become an organ and tissue donor. No matter if you’re nine minutes old or 99 years old, you can help save or improve the lives of people who quite honestly might not have any other chance at experiencing a higher quality of life without the miracle of donation. So don’t let your age stop you – sign up to become an organ, eye and tissue donor today!